A Woman on the Subway – Sara Mozafari 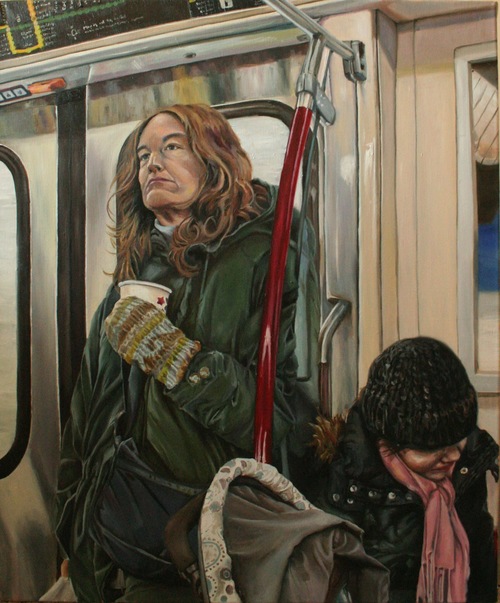 “A Woman on the Subway” is Sara Mozafari’s response to deepening into everyday life in Toronto. As a Torontonian who travels with TTC and spends over three hours a day on the subway, she decided to observe people’s behaviors instead of playing games on her phone. She believes looking at others is like looking into a mirror a yourself. In these explorations she found many seemingly dead moments in people’s life. These appeared dead moments became important to her. She tried to make them remarkable and bring life and attention to the mystery of these silent moments. A Woman on the Subway is one of her paintings originated from this series.